Home Cafe got featured in Heart 2 Heart!
For the full article click on the link:
http://heart-2-heart-online.com/2010/04/10/home-cafe-for-mano-amiga/ 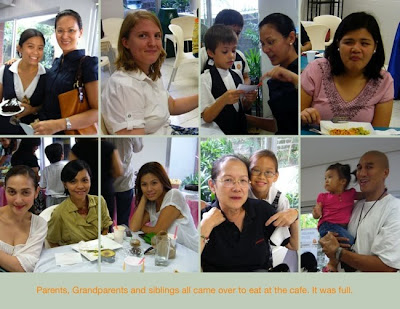 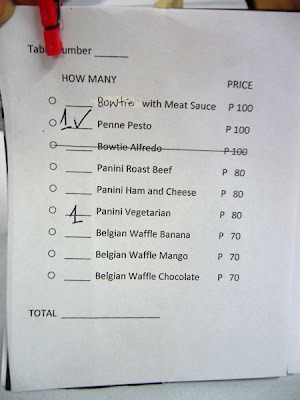 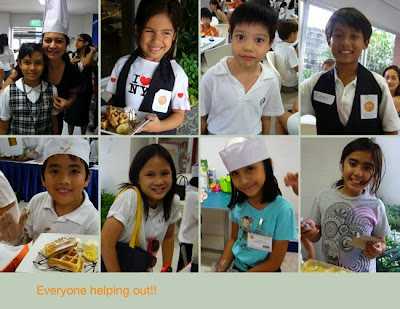 Posted by Mano Amiga Team at 12:59 AM No comments: 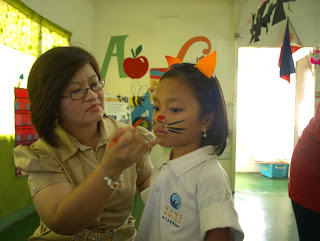 Mano Amiga Academy recently concluded a month-long campaign designed to help the students learn and appreciate English both in and out of the classroom. During English month, the teachers increased the use of English in the songs, stories, lessons, and in classroom instruction and motivation. School principal Ramon Austria, also offered classes in basic conversational English to interested parents.

The students had the chance to show the great improvement in their ability to comprehend and use the language in the recently held culminating activity. The Kinder students opened the program by reciting the poem “Three Little Kittens,” with matching kitten ears and painted faces.

Afterwards, chosen class representatives were interviewed. Some of the questions asked were “Who is your favorite cartoon character?” and “What do you want to be when you grow up?” Answers ranging from Spongebob to Dora, to nurse and pilot were given. Additional points were awarded to the students who answered in complete sentences. The audience, mostly composed of Mano Amiga parents, cheered them on. Mano Amiga chaplain Father Daniel Polzer, LC served as the guest judge, together with the homeroom teachers.


As they were deciding on on who the top 5 best speakers are, the Prep kids closed the event with their own take of “There Was an Old Lady Who Swallowed a Fly”- a humorous poem performed enthusiastically by the children. Their performance featured a big tarpaulin of an old lady’s face in the background that kids would enter whenever they got “swallowed!”

But in the end, with outstanding performances from both classes during the month-long campaign and the culminating activity, there is no question that all of them emerged as winners. 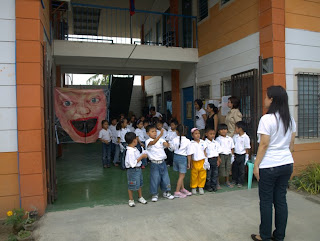 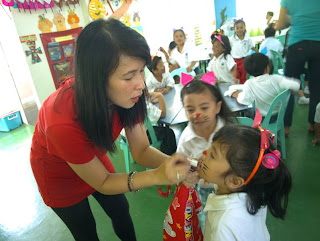 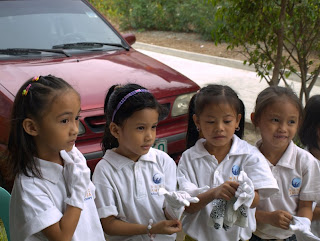 Posted by Mano Amiga Team at 1:35 PM No comments: